Home / Cholesterol / The 13 Serious Side Effects of Having Low Cholesterol

The 13 Serious Side Effects of Having Low Cholesterol

Have you ever been warned about the side effects of low cholesterol?

And what have we been told all those years? Eat foods low in fat.

Raise your hand if you’ve ever gone on a low-fat diet.

Pretty disgusting food, right? And to make up for tastelessness of its low-fat content, the food usually has lots of carbohydrates and sugar added to it. Which come with their own significant health risks!

I ran across this information while I was researching mainstream medical profession opinions that cholesterol is bad and must be reduced. I decided to look into the opposite viewpoint and, as it turns out, there are serious dangers of low cholesterol. 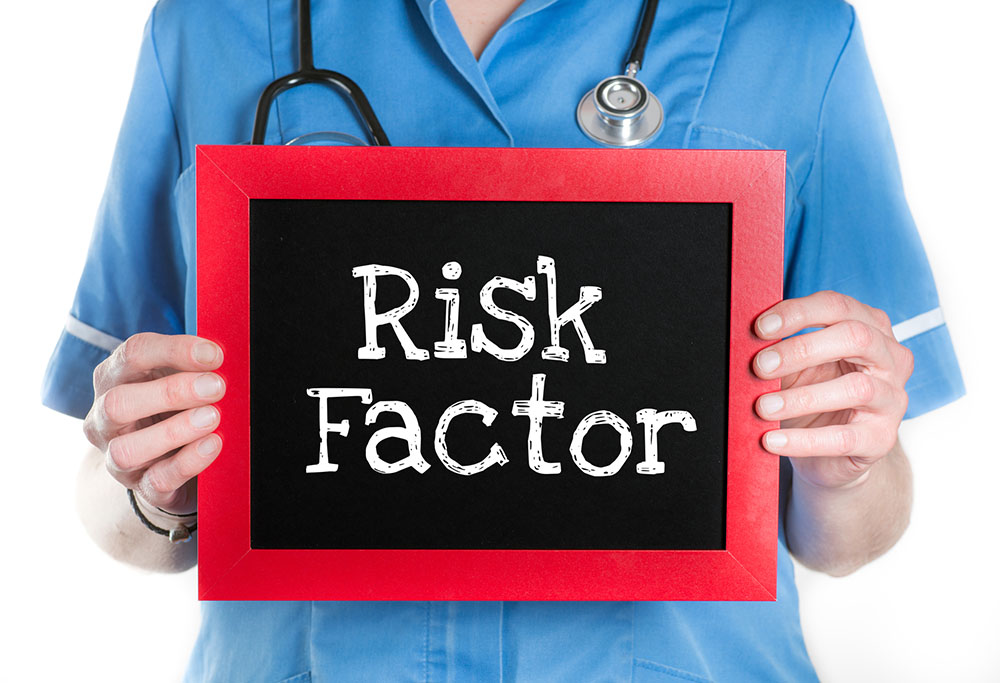 In some prospective studies, low total cholesterol levels were associated with an increased risk of cancer, resulting in concern about the potential health risks of cholesterol-lowering statin drugs.

Studies show that anemia can be associated with low levels of lipoproteins including HDL cholesterol and LDL cholesterol.

Harvard University researchers found that women with very low levels of low-density lipoprotein cholesterol (LDL) and triglycerides may be more than twice as likely to have a hemorrhagic stroke than women with higher levels.

The adrenal hormones, especially cortisol, are built from cholesterol. One of the functions of your adrenal glands is protecting your body from long-term stress with the production of cortisol and adrenaline.

Because your immune system needs cholesterol to function properly, when your cholesterol is low you can end up immuno-compromised.

You become more susceptible to viral infections because not only is your immune system inadequate when cholesterol is too low, your cell membranes that contain cholesterol are weakened and unable to filter out viruses.

#7 Increased risk of death from all causes

Low levels of cholesterol put you at increased risk of death if you’re an older patient without dementia, according to the American Family Physician Journal.

HDL cholesterol has anti-inflammatory properties. When it’s too low, you can develop chronic inflammation.

Healthy cholesterol levels are essential for the liver to function correctly. Thus, chronically low levels of cholesterol can result in ongoing liver disease.

Researchers have found a possible relationship between low serum cholesterol levels and depression, including suicidal tendencies. When cholesterol is low, the body’s production of the “feel good” chemical serotonin is affected, leading to mood disorders such as depression.

Research has shown that cholesterol plays a key role in the health of the coating of the lining of the lungs, allowing to function properly. Too little cholesterol compromises the lung’s lining and can lead to respiratory disease.

Aortic dissection occurs when the main blood vessel to the heart develops a tear. When this happens, you bleed to death. Because cholesterol plays a role in the healing of wounds in blood vessels, when it’s too low there’s not enough to repair the wounds, which can lead to tearing. (Anjum would you please ask Dr. Berg if this is correct.)

#13 Increased risk of sepsis for the critically ill

Studies show that low LDL-cholesterol levels are associated with an increased risk of sepsis for people who are critically ill. Sepsis is a serious condition resulting from harmful microbes in the blood or other tissues combined with the body’s response to their presence, which can lead to the malfunctioning of various organs, shock, and even death.

How Low Is Too Low?

Now that I’ve laid out the dangerous side effects of low cholesterol, you must be asking yourself the obvious question:

How low is too low?

A total cholesterol level of less than 160 mg/dL puts you at risk.

Yet conventional wisdom says anything over 200 mg/dL is too high!

But truthfully, it’s not. Cholesterol is made by your body. And it’s not a health villain; it acts as a kind of bandage that heals the holes in your artery walls caused by high blood sugar and high Fat Storing Hormone.

A while back I ran across a study saying if you have low cholesterol, your odds of dying of a heart attack are 1 out of 1,000. If you have high cholesterol, the odds are 2 out of 1,000, which on quick glance looks like an increase of 100 percent.

If I told you high cholesterol increases your risk of a heart attack by 100 percent, you’d probably freak out and agree to go on a statin drug, right? This is a scare tactic used to convince people to go on the medication. But because these numbers are fractions, the increase in risk is really only .1 percent. That’s a big difference from a full 100 percent.

But that’s not all.

Cholesterol Is Good For You 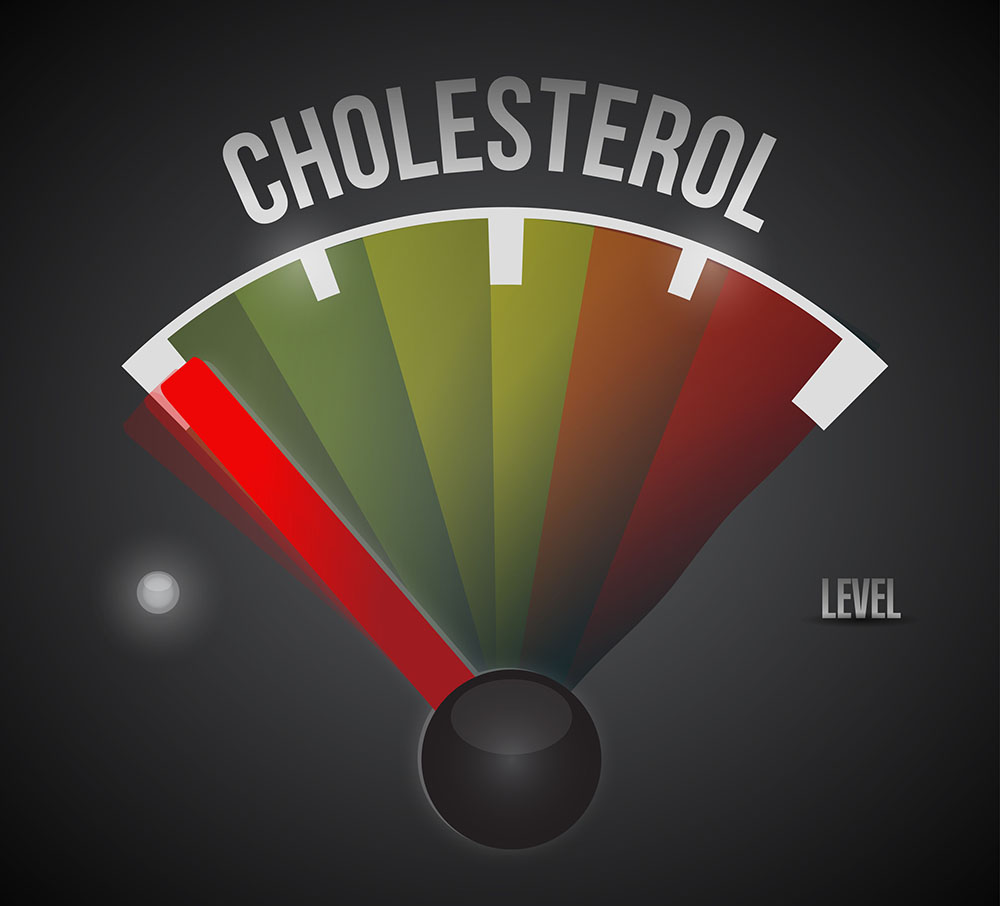 In addition to helping build hormones, cholesterol is required to build the membranes of every single one of the trillions of cells in your body. It also supports healthy brain activity, especially for memory function. As I already mentioned, cholesterol keeps your immune system robust, and it helps produce the detergent-like substance called bile that helps you break down dietary fat and absorb the nutrients within it

The Bottom Line On Low Cholesterol

Just getting your head wrapped around the risks of low cholesterol is the hardest part.

After decades of conventional wisdom decrying the perils of high cholesterol, you might need some time to adjust your thinking. And you might feel a little dumb for believing the high cholesterol dangers for so long, but it’s not your fault. Pretty much all of the mainstream medical advice was in agreement for a long, long time. But now you know differently. You’ve got the power of information right here, so you can start to make different choices right now.

Informed choices that support your health in powerful ways.

And at the end of the day, there’s only one way to take charge of your health.

Get started and see what happens.

Keto And Menopause: Is It Safe For Menopausal Women With Adrenal Fatigue To Do Keto And IF?

Can I Do Keto and IF If I Am a Diabetic